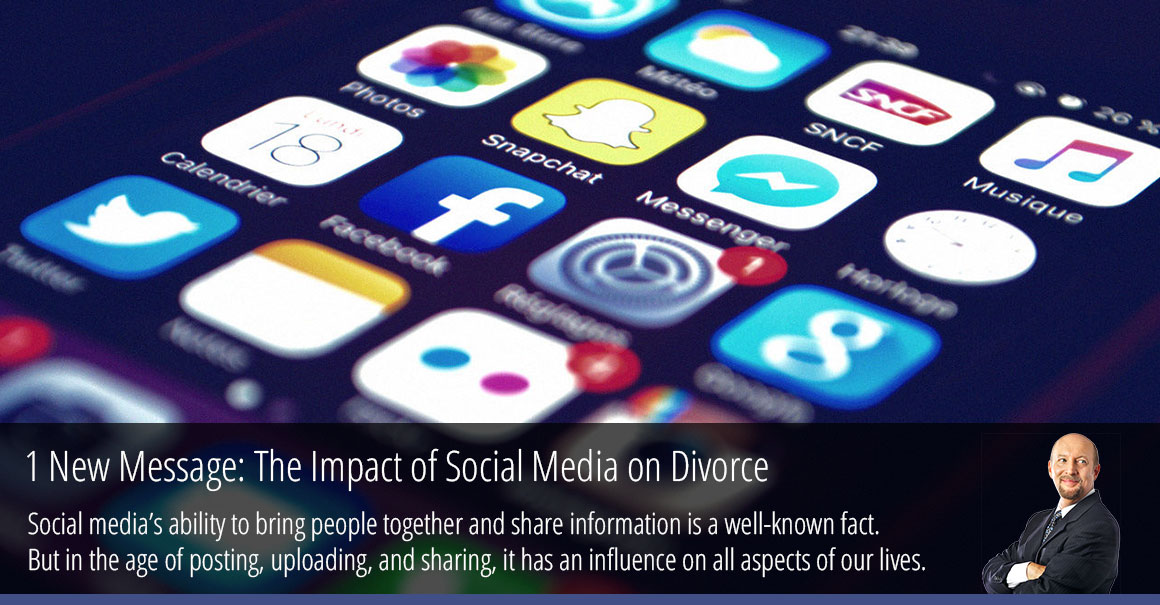 Social media’s ability to bring people together and share information is a well-known fact. But in today’s age of posting, uploading, and sharing, this medium has an influence on all aspects of our lives, even the parts we would rather keep private.

During a divorce case, social media can quickly become a way to collect evidence, and it ultimately has a huge impact on everything from alimony and child support decisions to determining custody. After seeing a rise in social media’s use in divorce cases, we decided to take a look at social media’s impact on divorce.

Uploading and sharing fun experiences is at the heart of social media. But it can also become a way people incriminate themselves during a divorce case. If your spouse claims to lack sufficient income to make alimony payments or pay child support, photos of her expensive holidays, new jewelry, and extravagant purchase can prove otherwise. Honesty has always been the best policy when dealing with a divorce case, but that saying is even more true in the age of social media. Lawyers can quickly find LinkedIn profiles that lead to a hidden source of income, or find a friend’s posts of lavish trips taken with an ex-spouse even if the ex blocks his spouse online. Research and discovery are much faster now. In a divorce case, emails and texts are another form of online evidence that is admissible in court. They can also be subpoenaed. Types of implicating messages range from texts about a pay raise that were hidden from financial records, to menacing messages sent to you from your ex-spouse. It’s best to look at texts and emails as written documents that can be submitted in court and viewed by a judge. They are not temporal things that can be deleted forever, so keep sensitive information off limits during a divorce proceeding.

The impact of everything from Twitter to Facebook on child custody can’t be ignored when looking at divorce. Photos of a parent intoxicated at a party, or evidence from a website of a parent playing or gambling online when they claimed they were with their kids can swiftly become examples of negligence. This can then lead a judge to rule against a spouse on alimony or child custody decisions. All social media interactions can quickly become great tools for evidence because they track timing, location, and interactions a spouse has with others.

As these types of cases continue to rise, our best advice for spouses going through divorce is to stay off social media during a divorce proceeding in New York. Some people may try to delete their online profiles, but doing this during your case can be seen as attempting to destruct evidence. Use sound judgment, and work closely with an experienced divorce attorney who can help avoid the potential pitfalls of mixing social media with an important divorce case.