HomeDivorce BlogWhat About Fido? Divorce and Its Impact on Pets 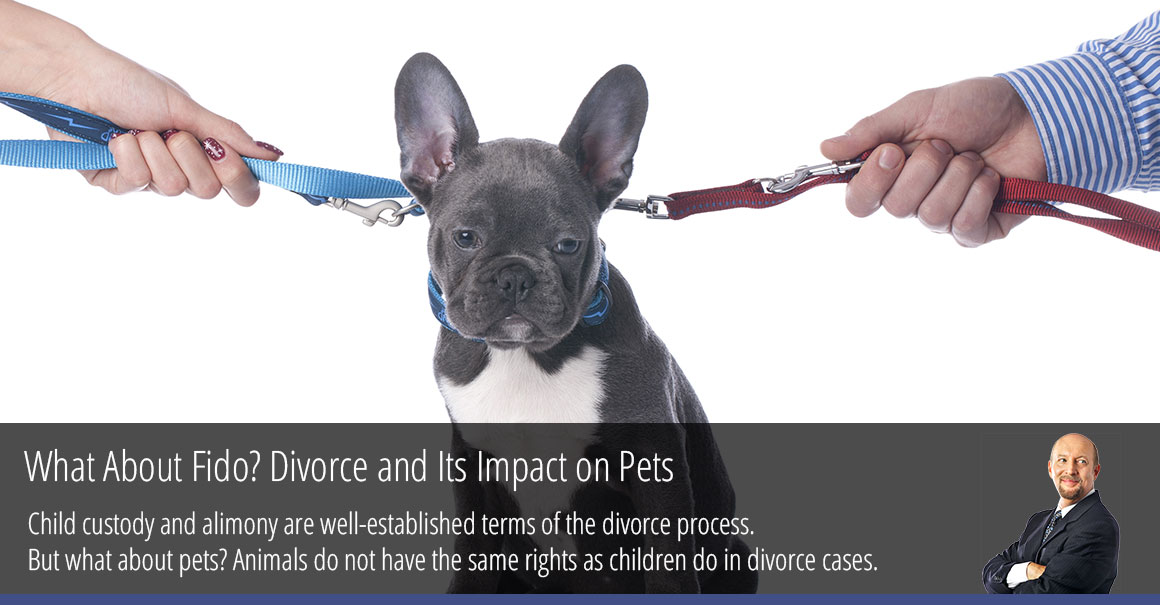 Child custody and alimony are well-established terms of the divorce process.

But what about pets? Animals do not have the same rights as children do in divorce cases, yet they also do not fall neatly into the bucket of marital property. In this post we talk about the unique – yet no less important – aspect of dealing with family pets in divorce cases.

Previously, courts treated pets as personal property in divorce cases in New York. But recently, animal advocates and politicians across the country have begun to shift the dialogue towards acting in the best interest of the animal, much like in child custody cases. Courts have sided with pets in awarding alimony payment to their owners, and even determined shared visitation between spouses. States like Alaska have even gone so far as to allow the Court to consider a pet’s well-being in divorce cases, as established in HB-147, “an Act relating to the costs of care of animals that have been seized; relating to the inclusion of animals in protective orders and crimes and arrests for violating those protective orders; and relating to the ownership of animals upon divorce or dissolution of marriage.”

Considering the rights of a pet is not just good for your cat or goldfish. It can be just as helpful to the humans involved in reducing extra conflict in divorces. Divorces are emotional to begin with, and involving a pet as marital property to be split between two spouses can be use as retribution in particularly charged divorce cases.

Some of the key factors a Court can take into consideration include determining who is mainly responsible for the care of the pet, and with whom the pet spends the most of its time. This enables the best standards of living for the animal, especially those who are older or poor in health. Courts can also see if shared custody is best when looking at the best interests of the pet, especially in cases where the animal would travel back and forth with children. This not only helps the animal adjust to a new lifestyle, but it helps children adjust, too. Divorce is tough on children, and making the transition with a pet can make it much easier.

In giving pets more, well-deserved consideration, New York divorce Courts are also giving these animals more status in divorce cases. That is an important thing to consider when filing for divorce. It is advisable for spouses seeking custody of a pet to work with an experienced divorce attorney to show the importance of their relationship, as well as any potential impact a separation may cause.