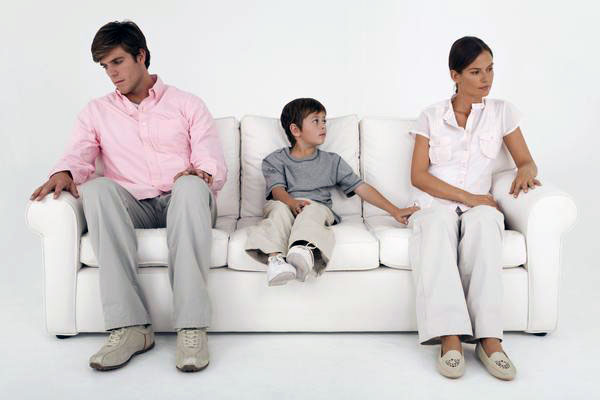 Shedding light on how divorce can impact children, and the realities of the long-term effects that divorce has on families.

We have a long-established stigma about divorce and its impact on children. It’s common knowledge that divorce is stressful for children of all ages, and that it deeply impacts their lives. But what is the true nature of divorce and its impact on children? Is it always a bad ending? Recent news suggests otherwise. Studies are showing that a very small percentage of children experience serious issues after parents divorce. So we decided to take a look at these findings and offer some insight on ways to help children in their post-divorce lives.

A recent Huffington post article looked at ways that divorce can affect children. With over 1.5 million children impacted by divorce every year in the U.S., this is an important life event to study and comprehend. Our office has so many family law and divorce cases in New York that involve children, and it’s vital to understand exactly how divorce will impact each family unit. A March, 2013 report by Scientific American also looks in depth at the impact, and the findings are surprising. While divorce adds stress to children during the process and in the immediate aftermath, they tend to recover relatively quickly after divorce. The same article cites a 2002 University of Virginia study that states, “many children experience short-term negative effects from divorce, especially anxiety, anger, shock and disbelief. These reactions typically diminish or disappear by the end of the second year. Only a minority of kids suffer longer.”

Another 2001 Pennsylvania State University study examined children with married parents and children whose parents divorced. The children were studied throughout their youth, and the study found only a small difference between the two sets of kids in terms of academic achievement, emotional development, and behavior issues. This information is so important for our clients and families considering divorce in New York. It removes the stigma and shows that children of divorce are not damaged goods, but are strong enough to endure and recover quickly from this life change.

The exact reasons for the long-term negative impacts on this small percentage of children who experience divorce calls for further study. It also shows the importance of the role of parents after divorce. Some believe that sustained conflict between parents after divorce can have a negative impact on the quality of life of children. Some parents can’t adapt to their new lifestyle, which in turn degrades their parenting quality. Other parents may turn to substance abuse or experience severe depression, which can negatively affect children.

These risks are not meant to dissuade parent considering divorce. Instead, they are important topics to cover during the divorce process. Parents can alleviate these risks by cutting down on arguing in front of their child, and having children live in the custody of at least one well-functioning parent. They should be willing to discuss the divorce and its effects openly with their children, not avoid it or sugarcoat it. And parents should also keep an eye on their children’s activities after divorce to look for signs of increased anxiety, and not over- or under-discipline them. Parents run the risk of overindulging and under-disciplining children after divorce as a way to offset the struggles their children are facing. In reality, this can cause even more problems down the line. Parents need to answer their children’s questions, and remember that stability and honesty are two of the greatest tools they can give a child.

These new studies and articles are starting to communicate the truth about the development of children after divorce. Divorce is painful for children; there is no doubt. But long-term shortcomings are not inevitable.